SaAm can be translated two ways. First it means “Alive, and/or Living”, it also means Person who lives in a stone cave. Which is what a monk does, lives in seclusion, lives like the wind, and not care to reveal identity.

Virginia just had its first SaAm acupuncture class and it is a fascinating style of acupuncture that emerged 400 years ago in the Korean Chosun Dynasty. Master SaAm was a monk physician, and a high priest in the Buddhist sect.

In legend he was thought to have meditated in a cave for many years and was able to open his “mind’s eye” and saw through the core of acupuncture mystery. His only surviving clinical record claims that in only 1 treatment, he cured a patient who had been suffering with the same condition for dozens of years. After his death, his method remained hidden for 400 years.

It was not until a contemporary scholar and doctor Dr. Hong Kyung Kim resurrected his system of medicine. The story goes that Dr. Hong Kyung Kim had a small acupuncture clinic. He tried a few points in a small text on some of the points mentioned by Master SaAm. He was able to treat a few people and word got around. However, while some people had great results, others did not. Dr. Hong Kyung Kim closed up his clinic, and went to the mountain monastery and for 14 years studied the I-Ching (Book of Changes), The Huang Di Nei Jing (Yellow Emperor Classic on Internal medicine), and the Buddhist Classics. After that time , Dr. Hong Kyung Kim was able to understand SaAm method and re-opened his clinic. Our teacher Dr. Choo was a student of Dr. Hong Kyung Kim back in 1984. Dr. Choo is in demand worldwide to teach this method.

The 3 Yin and 3 Yang channels according to the Traditional Chinese model is based on the theories of yin-yang, 5 elements, and 8 trigrams of the I-Ching (Book of Changes), each extracted by Taoist observations of nature. In this discussion I will explain that these 3 yin and 3 yang diverge into a much larger number of 12 regular meridians each related to anatomical positions of hand and foot and that they represent a wider part of our internal microcosm. In turn this understanding lays the ground work for understanding meridian theory.

The 3 Yin channels of the body are called the Tai Yin, Shao Yin, and Jue Yin. These are divided into subcategories of hand and foot and related to the Yin organs of the body.

3. Jue Yin divides into the hand and foot regions: Jue Yin hand is the Pericardium meridian, while the Jue Yin foot becomes the Liver Meridian.

The 3 Yang channels of the body are called the Yang Ming, Tai Yang, and Shao Yang. These are divided into subcategories of hand and foot and related to the Yang organs of the body.

1. Yang Ming divides into hand and foot regions: Yang Ming hand is the Large Intestines meridian, while the yang Ming foot is the Stomach meridian.

2. Tai Yang divides into hand and foot regions: Tai Yang hand is the Small intestines meridian, while the Tai Yang foot is the Urinary Bladder meridian.

3. Shao Yang divides into hand and foot regions: Shao Yang hand is the Triple Burner meridian, while the Shao Yang foot is the Gall Bladder meridian.

In the above diagram we can see that the 5 elements, 6 Qi, 8 Bagua trigrams and it corresponding nature of the 3 Yin and 3 yang meridians. Each has a matching pair that creates a balance when the patient has a certain circumstance that is affecting their health.

Understanding the Zhang Fu (Yin and Yang organs) relationship is very important in this meridian theory in practice and application. The reason for this is not only does acupuncture assist pain along the meridian and superficial layers of the body, but meridian have an internal path way that touches upon its related organ.

Shaoyin Kidney (KD): 1) Coccyx- internal runner anterior to spine. 2) Branch connects with UB and Uterus. 3) Branch from Kidney to Liver-through diaphragm to Lung- esophagus to throat and tongue root. Second branch from lungs to heart and chest meets up with Pericardium channel.

Mindpath meridianology– mental struggles affect the meridians and Qi flow and have a effect on the persons harmony and well being.

3. Level 3 is Intellectual: having feelings of satisfaction (Jue Yin) vs. dissatisfaction (Shao Yang) in Ego, knowledge, power, intellect, and fame.

So point combinations are based on the mind of the patient. A example would be a patient who is restless and worries due to financial problems (Physical) causing relationship issues (Emotional) and struggles at work (Intellect power struggle).

Some characteristics of SaAm acupuncture:
-Men are needled on the Left side and Women on the right side.
-However: It is only done on one side of the body. Usually on the Healthy side. Ex. pain on rt. shoulder: needle left side.
-Needling direction tonifies when flowing with direction of meridian and and sedates against the direction of meridian.
-Rotating the needle clockwise tonifies, and counter clockwise sedates.
-Inserting the needle while patient exhales tonifies, while inhale sedates.
-Closing the hole after needle withdrawal tonifies, while keeping hole open sedates.
-Slow insertion fast withdrawal tonifies, fast insertion, slow withdrawal sedates. 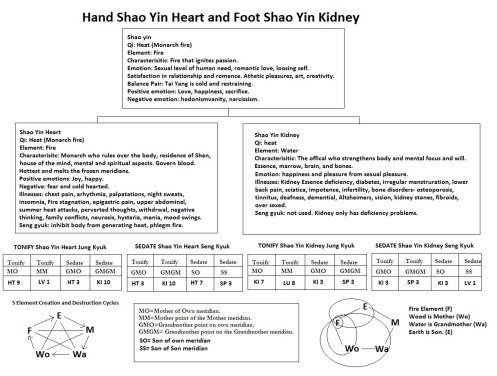 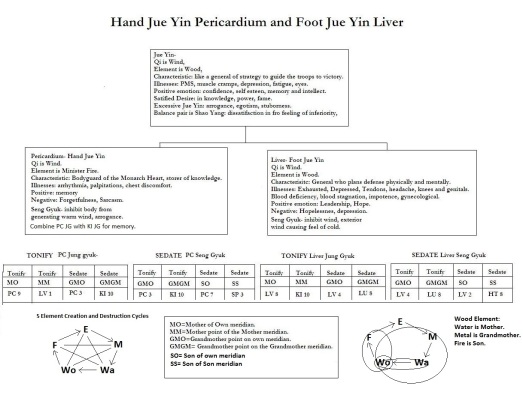 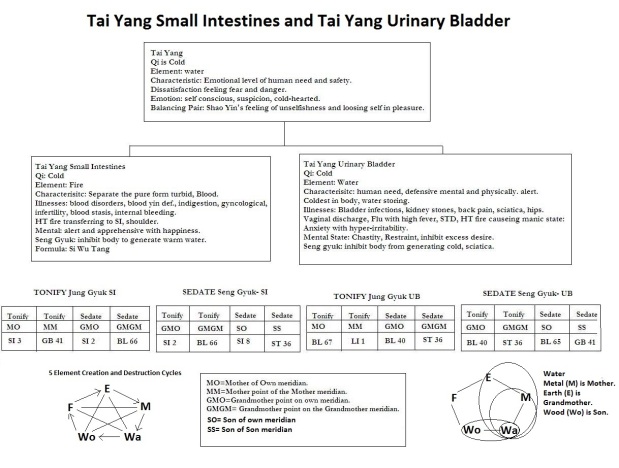 A Manual of Acupuncture- Peter Deadman and Mazin Al-Khafaji. 2011.